I’ve neglected my story telling blog recently because I’ve been working on a bigger story, a longer one, a novel about 95,000 words long. I recently entered my manuscript into a contest for unpublished fiction writers. I was optimistic because an earlier version of the same story had placed third in an international on-line contest and has fans that include at least two multi-published authors.

In the first round of the contest one of the three judges gave it a score of 95%—highly encouraging. Unfortunately the two other judges didn’t have the same enthusiasm for the work and it didn’t advance into the semi-finals.

At a meeting of our local writer’s association I was lamenting with another board member who had also entered the contest. His results had been even more discouraging.

I shared the story of another friend who was already an accomplished photographer but was also an aspiring author. One of his rejection notes from a publisher compared his writing to that, “…of a high school cheerleader.” Our board president, a former high school cheerleader and multi-published writer, was mightily offended. 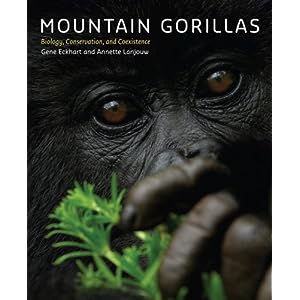 Despite being dismissed by the one publisher the hard covered book of that photographer friend now graces my bookshelf. The 320 page book on mountain gorillas has been endorsed by National Geographic Magazine. Not bad for a guy who writes like a “high school cheerleader.” And the other board member who also washed out of the contest for unpublished authors in the first round? Just offered a contract for the first two books in his fantasy series.

In October 1941, during the darkest days of World War II, Prime Minister Winston Churchill gave a speech at the Harrow School in England.*  At that time the Nazis were advancing all across Europe, England was on the ropes, and the United States still on the sidelines. On that occasion Churchill said in an often misquoted talk:

Thanks for that reminder, Sir Winston. I promise to be more faithful about telling stories in this forum. But for now, time for me to get back to telling that “big story.”